The American dream is alive and well—it just looks a little different from decades past.

Much of this, of course, is due to the recent housing market crash.

It was only about five years ago that the subprime mortgage crisis pulled the carpet out from under Americans’ feet—both literally, as many people lost their homes to foreclosure, and proverbially, since the crisis caused property values to plummet within a few short years.

That said, the next generation of would-be homeowners hasn’t lost faith: A recent survey by Zillow found that 54% of young adult renters plan to buy a house within the next two years—with 65% saying that owning a home is necessary for achieving “the good life.”

But while the values of those polled may be traditional, how they go about buying a home in 2015 and beyond won’t be.

Since the recession, the rules of the game have changed, affecting how buyers, sellers and lenders have approached the process, according to Brendon DeSimone, author of “Next Generation Real Estate: New Rules for Smarter Home Buying & Faster Selling.”

His big-picture observation? Things are mostly on the up-and-up for house hunters.

A few years ago, when people wondered what they needed to buy a house, the answer usually consisted of perfect credit and a rich relative who could plop down cash for a down payment. But as credit standards loosen and competition dies down, would-be buyers are getting more opportunities now than they have in the past.

To help us better understand how the environment has changed since the housing meltdown, we looked at some of the home-buying realities of years past—and then asked DeSimone for his thoughts on how things have changed and what it really takes to achieve the homeownership dream today.

Home-Buying Trend #1: Low Down Payments Are Back

That Was Then … In the last few years, most borrowers had to put at least 20% down, since mortgage lenders, still reeling from the subprime crisis, were under government pressure to tighten restrictions.

This Is Now … Lenders are now more willing to say yes to single-digit down payments. Case in point: Fannie Mae and Freddie Mac, the government-sponsored mortgage giants, recently publicized the introduction of a new lending option for first-time homeowners that allows them to put down as little as 3%.

What DeSimone Says … Before 2008, low down-payment loans were easy to get. But when the market crashed, it became hard to get a loan, and lenders were extremely stringent. People were getting rejected at the eleventh hour all the time.

These days, I’ve been noticing that banks have been advertising a bit more, and people are starting to realize that lenders are back. But many still believe that you need to put at least 20% down, and that’s just not the case anymore.

In fact, I just got off the phone with an agent in Tucson who says she’s doing a lot of 3% Federal Housing Agency (FHA) loans and 5% conventional loans—and I’m hearing that a lot lately, especially in the middle of the country.

That said, no matter what’s available to you, if you have the money, put down more. Back in the day, my parents always said, buy with 20%. And there’s something to be said for that—it’s always safer to not be so highly leveraged.

RELATED: Calling All Home Buyers! The 3% Down Payment Makes a Comeback

Home-Buying Trend #2: You’re No Longer Shut Out for Less-Than-Perfect Credit

That Was Then … Without stellar credit, getting a loan was nearly impossible. In fact, in 2011, former Fed Chair Ben Bernanke remarked that the bottom third of people who might have qualified for a prime mortgage prior to the crisis could no longer get one, based on their FICO score.

This Is Now … Lenders are loosening their standards in an effort to boost home ownership across the country. By some estimates, major lenders are lowering their credit score requirements for FHA loans by as much as 60 points, while a November report by Ellie Mae found that about one third of closed loans were given to borrowers with a FICO score below 700.

What DeSimone Says … When the recession happened, the credit market essentially went away, and there were very few lenders willing to take a chance on people with credit scores not in the 900 range.

But even if they aren’t advertising it, some banks are starting to do subprime loans again. Recently, I’ve seen people get loans with credit scores under 700—which hasn’t been the case for years.

But despite these more relaxed standards, if you’re self-employed, it’s still going to be very tough to get a loan. On the other hand, if you have good credit, verifiable income and cash in the bank, chances are good that you’re going to get a loan.

In terms of what type of loan to get, rates are expected to go up, so it might be a good idea to lock in a rate now.

Before the recession, many consumers got adjustable-rate mortgages (ARM) because they offered low rates. People took these loans because they were so focused on the monthly payment, but didn’t understand what this type of loan meant for them in the long run. The problem is that you can’t lock in a rate with an ARM.

So make sure you do your research on the type of loan that makes sense for you—and a lot of that will depend on how long you’ll be in the house.

If you plan to live in the home for the next ten or 15 years, then a 30-year fixed mortgage may make sense. But if you’re only going to be in your home for five years, then you might get a better rate with a five-year or seven-year ARM.

Home-Buying Trend #3: You Can Stop Succumbing to Seller Pressure

That Was Then … 2012 marked the beginning of the housing recovery, when inventory became tighter and home prices finally began to rebound from the recession. As such, home buyers found themselves caught up again in tooth-and-nail bidding wars—and rarely winning.

This Is Now … Home prices are still ever-so-slightly on the uptick, but at more of a snail’s pace. According to an S&P/Case-Shiller report, housing price gains slowed for nine straight months through September.

And since more available homes are expected to come on the market in 2015, it should create a better—and less frantic—environment for buyers.

What DeSimone Says … We rushed out of the gates about a year and half ago, but the frenzy has slowed down across many markets. For buyers, this means you don’t have to be afraid of making a lower offer. It’s not going to insult anyone—unless you go really low.

Of course, this depends on the market you’re in. On the West Coast, sellers often price things low to get more activity and more offers. But in New York, sellers price properties high because they expect someone to come in under the asking price.

In general, you don’t see many bids going over asking, so if you like the house and neighborhood, don’t be afraid to make a lower offer.

RELATED: Try Before You Buy: I Took a Mortgage Test Run

Home-Buying Trend #4: You Can Compete With All-Cash Buyers

That Was Then … Speaking of competition, regardless of how creditworthy you were just a few years ago, you couldn’t stop all-cash deal makers from swooping in and sweeping sellers off their feet.

In fact, as early as the first quarter of 2014, all-cash deals reached a record high, making up more than 42% of all residential sales.

This Is Now … A lot can change in the matter of a few months: By late summer, the number of all-cash real estate deals had fallen to less than 38% of home sales, and the number of purchases made by institutional real estate investors—who mostly buy with all cash—had also cooled to its lowest levels since the first quarter of 2012.

What DeSimone Says … Sellers tend to want to go with all-cash arrangements because they assume they’re a done deal. In the seller’s mind, they won’t have to wait for buyers to get their mortgage approved, and can move forward right away.

But you can circumvent this by getting all of your paperwork together ahead of time—opting to go the full-blown preapproved, not just prequalified, route. And have the bank do a verification of your loan, so all you need to get is a copy of the title report.

RELATED: The Secret to Winning a Real-Estate Bidding War

Get as much done in advance so that you can tell the buyer, “Look, my loan is ready to go. Accept my offer, and in X amount of time, we’ll have this done.”

Another point worth noting: People assume it will take 30 to 45 days to get a loan processed, and while that may be true in the Northeast, on the West Coast and in the middle of the country, banks are getting loans done in 10 to 14 days now.

Also, in exchange for all cash, sellers usually accept a little less money—around 5%. So be prepared to pay a little bit more than cash buyers to stay competitive.

And don’t underestimate the power of a personal connection. A lot of the time sellers will assume that an all-cash buyer is an investor, and they’d rather sell to a person who will live there. As a broker, if I think my client is up against an investor, I tell the buyer to write a letter to the seller to establish a connection. 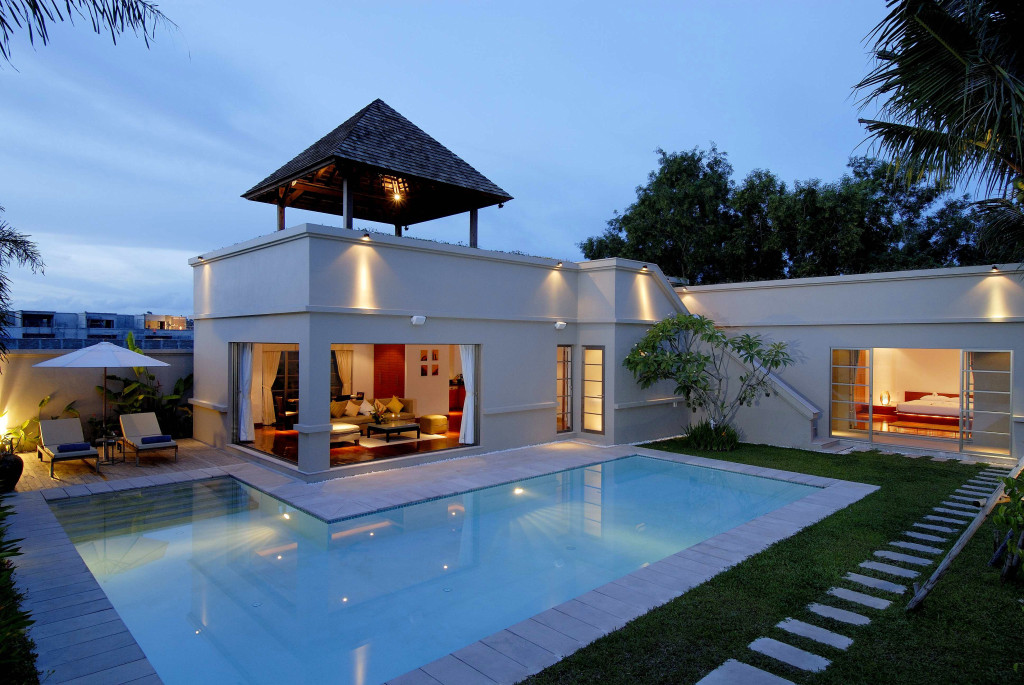 Home-Buying Trend #5: Buy for the Love of the Home—Not the Return

That Was Then … For generations, home buying was typically viewed as the smartest investment you’d ever make because you’d never lose money.

And for more than three decades until 2004, median home prices rose, on average, more than 6% a year, and never declined during that period.

This Is Now … To say the housing bubble shook up the country’s beliefs about homes as a safe investment haven is an understatement.

Homeowners saw their property values drop by 30% between 2007 and 2009—which may be why 43% of Americans polled in a recent survey say they no longer view property as one of the best ways to build wealth.

What DeSimone Says … In the early 2000s, home values increased as much as 20% in less than a year, leaving buyers feeling eager to get in the game and make a quick return on their investment.

But we all know what happened to the inflated real estate market in 2008, which taught us that real estate was never meant to be a place to make a quick buck. It’s a place to live first—and an investment second.

You should want to purchase to plant roots and make memories for the next five to ten years. There are emotional benefits of homeownership that can’t be bought or sold.

RELATED: Take Shelter: Why Gen Z Has Homebuying on the Brain

LearnVest Planning Services is a registered investment adviser and subsidiary of LearnVest, Inc., that provides financial plans for its clients. Information shown is for illustrative purposes only and is not intended as investment, legal or tax planning advice. Please consult a financial adviser, attorney or tax specialist for advice specific to your financial situation. Unless specifically identified as such, the people interviewed in this piece are neither clients, employees nor affiliates of LearnVest Planning Services, and the views expressed are their own. LearnVest Planning Services and any third parties listed, linked to or otherwise appearing in this message are separate and unaffiliated and are not responsible for each other’s products, services or policies.